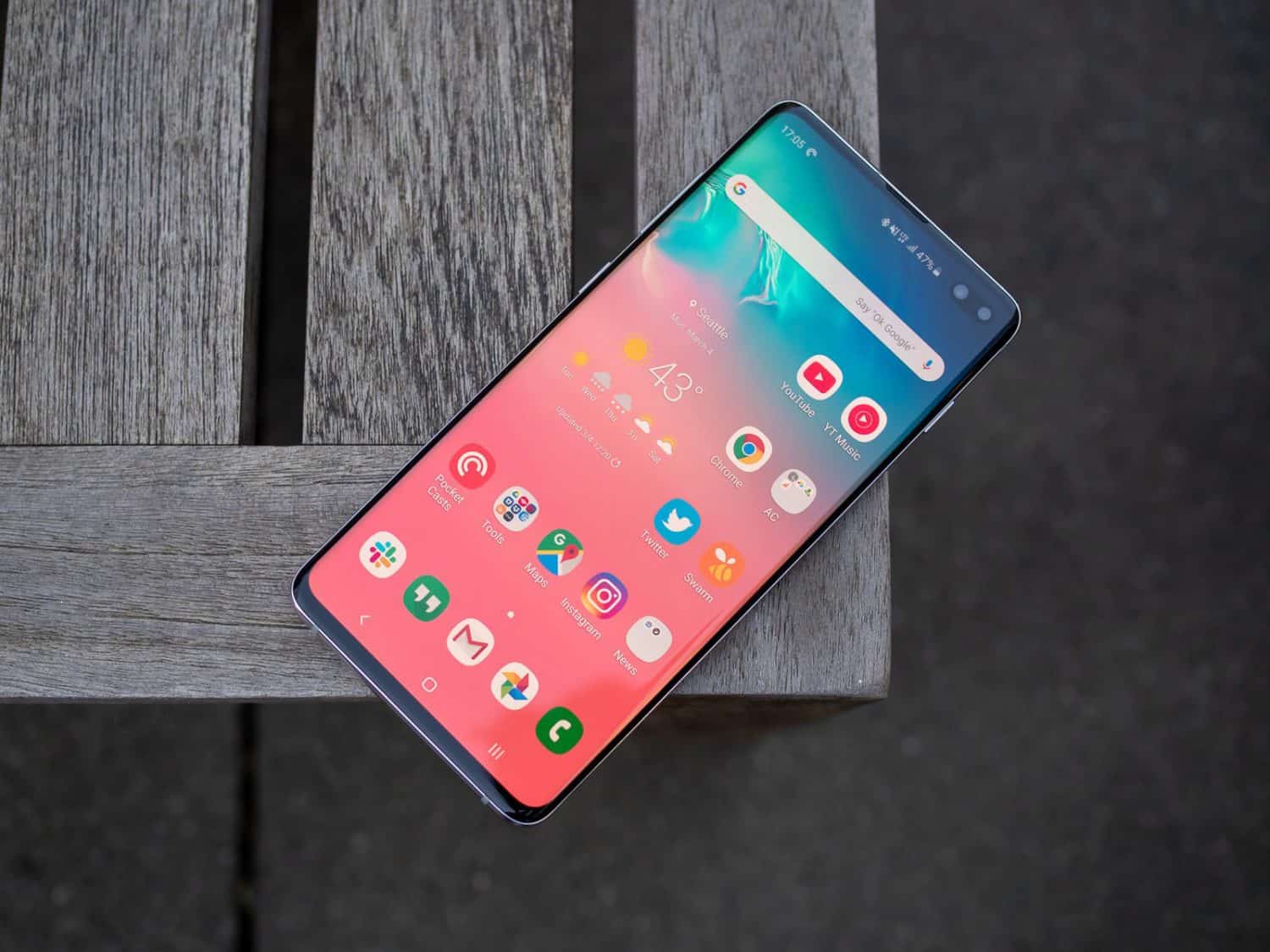 Celebrating their tenth year in the smartphone market, Samsung did something amazing with their Galaxy S line-up. Launching as many as four different units (Galaxy S10e, Galaxy S10, Galaxy S10 Plus, and Galaxy S10 5G), we take a special liking to the Galaxy S10 Plus.

You would, too, if you considered the lush design and vibrant colors that this device came with.

Let’s not ruin the surprise. A quick peek at the Galaxy S10 Plus, shall we take? 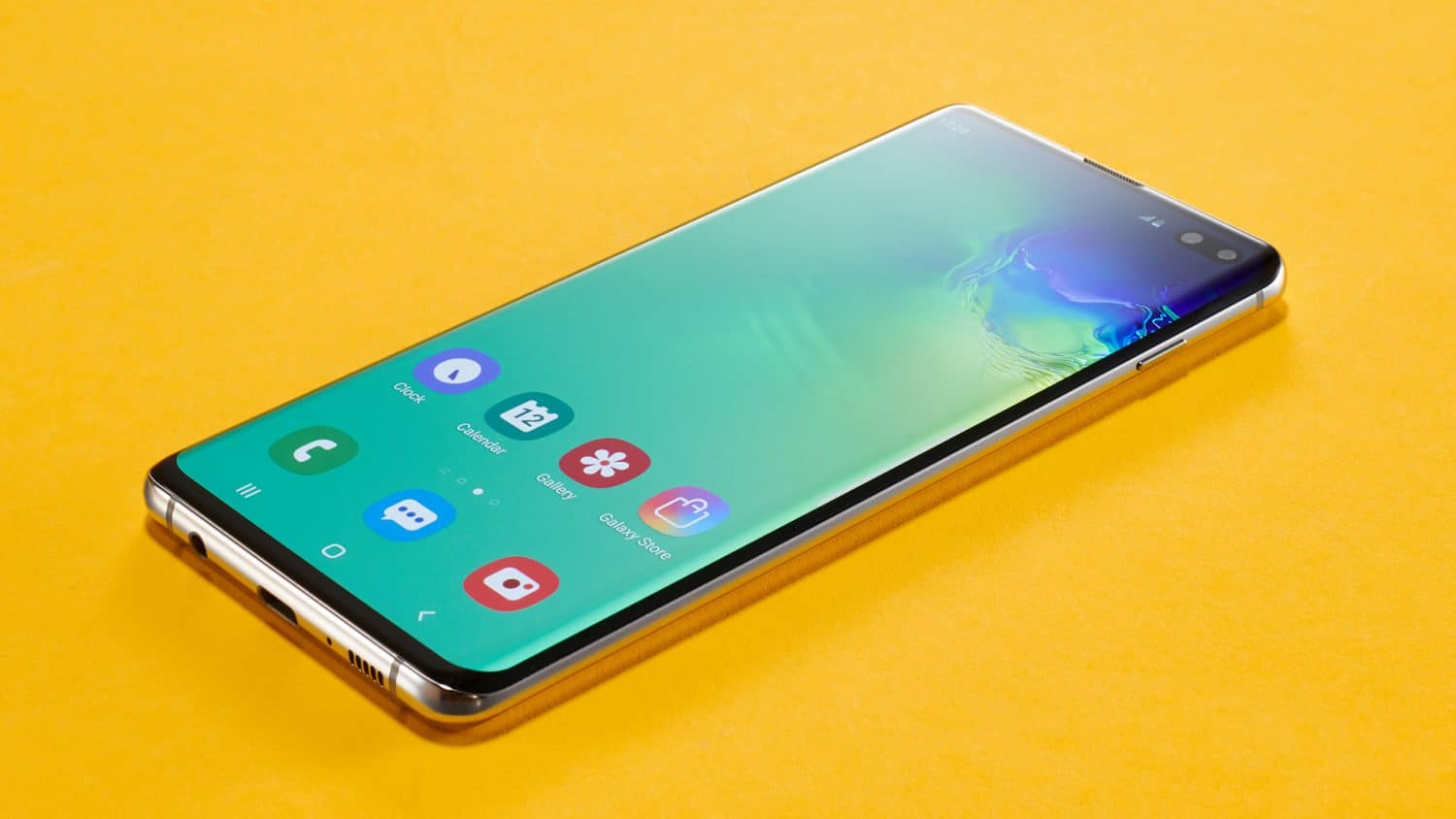 There is just so much to be praised here.

We would start from the 6.4-inch screen on this device which looks larger than it actually is. Once again, Samsung shows us why they remain a force to be recooked within the bezel-less display market, giving us a device that carries an 89{1b09b8fb2584dfb3e4aa9a8c3ead58281d36c8ce346588358e0d991cf39b6a1c} screen to body ratio.

That is not even as impressive as the in-display ultrasonic sensor which is better than any other under-display sensor out there right now. We would say this is the South Korean OEM’s answer to the unique Face ID on new generation Apple iPhones.

Beyond that, they implemented a hole punch notch unlike we have ever seen on any other smartphone. The notch placement makes it less obvious, beating the implementation of the notch on many other devices – even the iPhones.

Carrying Corning GG6 on the front and GG5 on the back, these glasses are protected against many forms of scratches and breakage. On the flip side, you can choose to pick the S10 Plus in ceramic instead.

In all, talking about the next-level design on this device is nothing compared to witnessing it in the flesh. 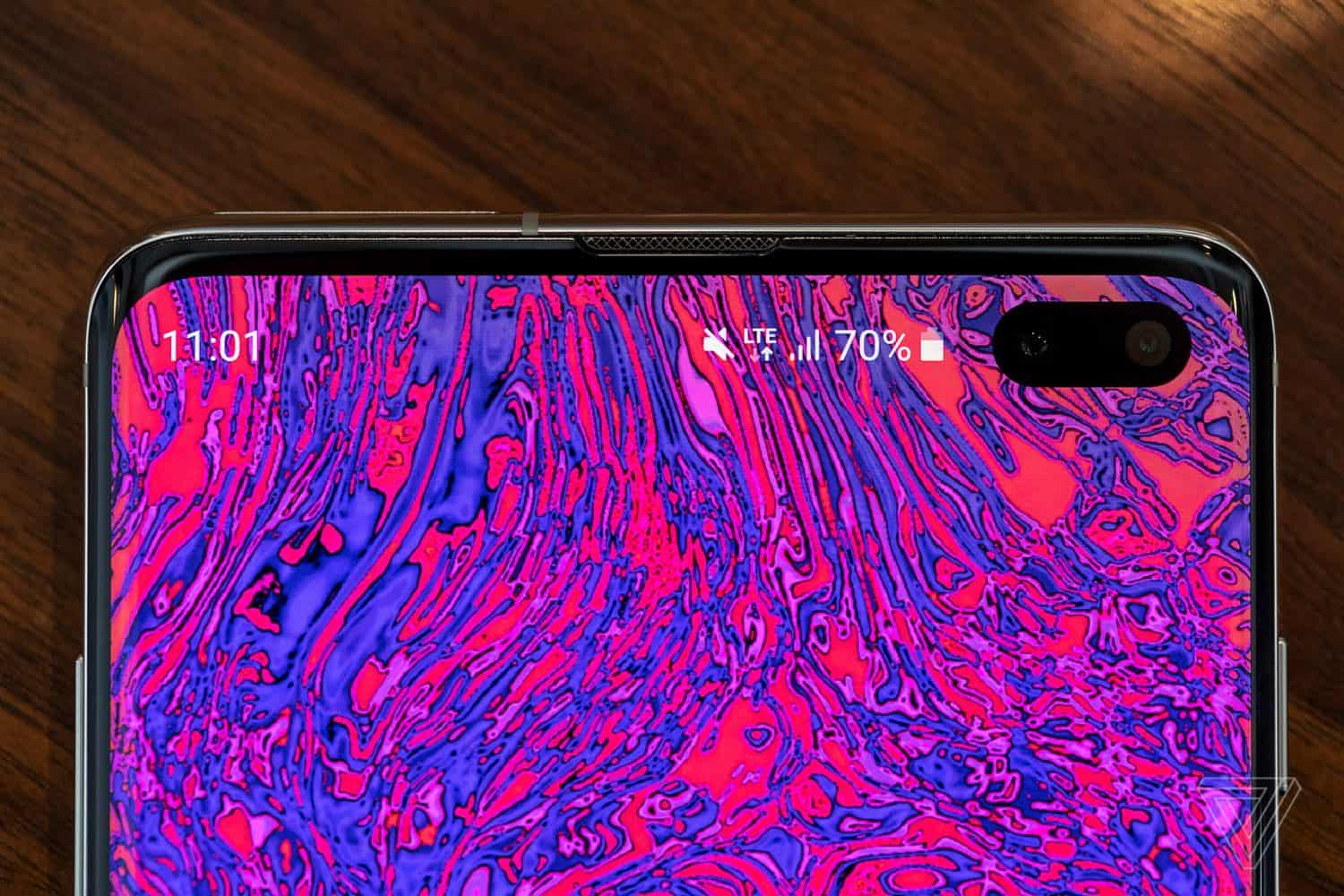 Samsung is the king of configurations, and they have lived up to that name on the S10 Plus. Besides the exterior finishing options, they have also made the innards available in all of 8GB/ 128GB, 8GB/ 512GB and 12GB/ 1 TB. As of the time of this writing, no other OEM makes such extensive options available.

We love the fact that the S10 Plus still comes with the option for microSD card space expansion, allowing up to 1TB. However, that would only be possible on the dual SIM model.

Speaking of options, users will get the Galaxy S10 Plus with either the in-house Exynos 9820 chipset or a Qualcomm SD 855 powerhouse. Given that the latter is designed on the 7nm process, we know it would be more efficient than the latter (8nm).

But then, the one you get will be dependent on your region. 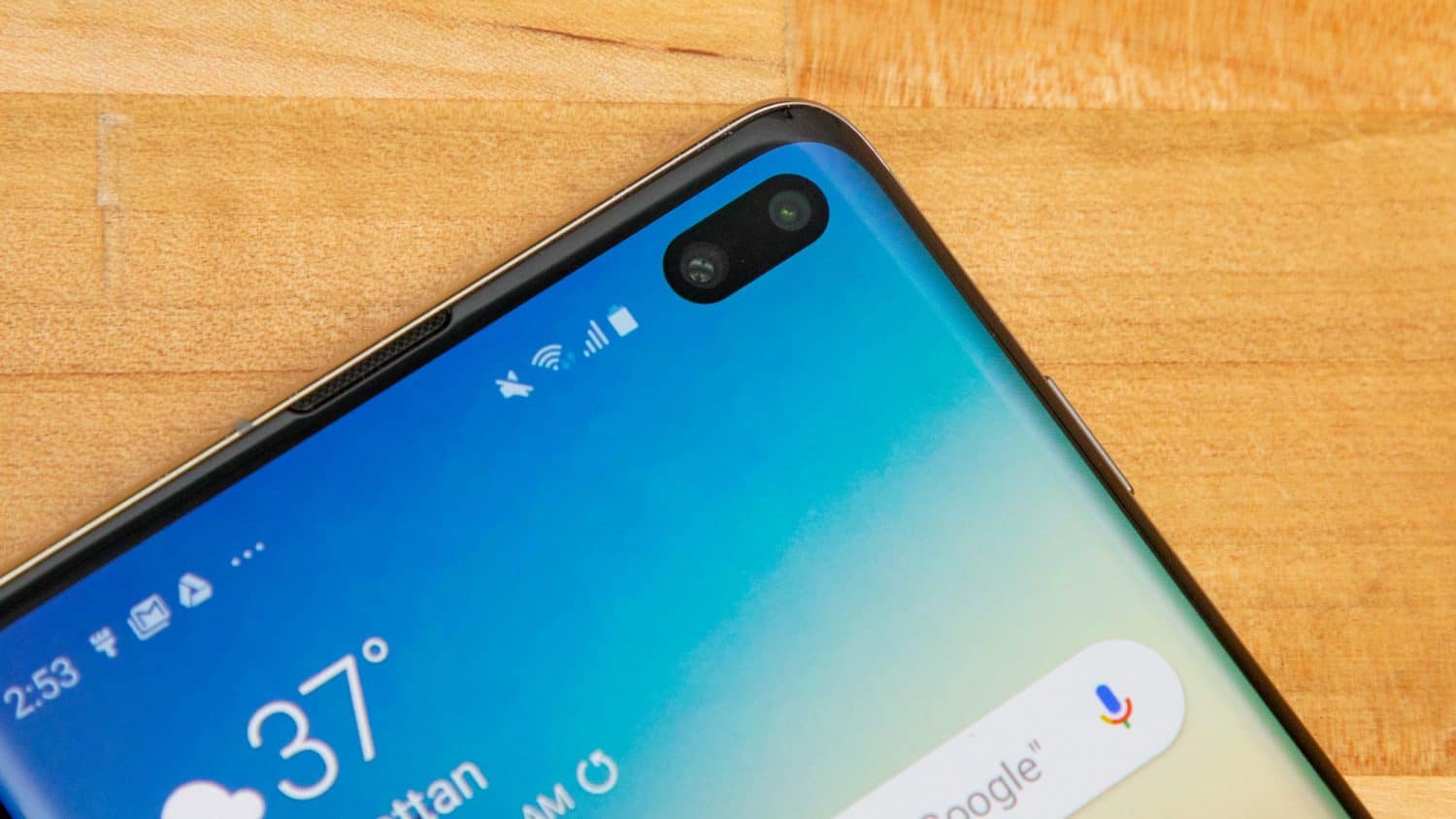 Samsung has not really improved from the Galaxy S7 era as they still offer the same 12MP main camera – although with some tweaks to match. Besides that as a main sensor, though, the Galaxy S10 Plus comes with an additional 12MP telephoto lens and a final 16MP camera for ultrawide angle capturing.

The selfie units are equally interesting, sporting a dual 10MP and 8MP lens both suited for wide angle functions. They also have the capacity to record 2160p videos at 30fps. 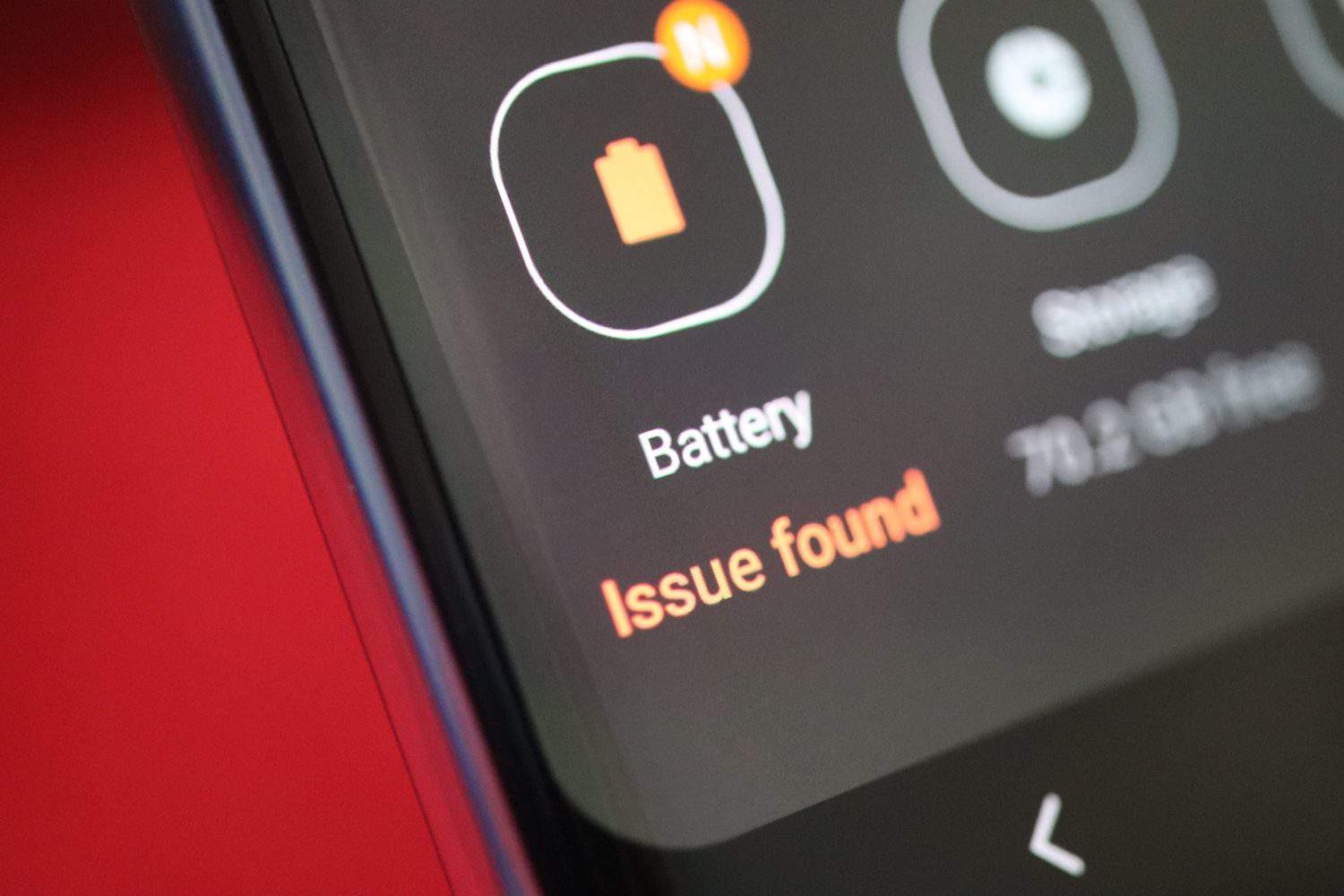 Samsung might have been conservative with their batteries in the past (due to the Galaxy Note 7 explosion incident), but they have since gotten things right. That ensures we get as much as 4100mAh on this model, and that is pretty impressive for a Samsung device.

Besides the fact that this battery allows 15W fast charging (nothing close to the 45W capability of the Note 10 series), the battery can also wirelessly charge other units at a stunning 9W. That would make sense for earbuds and other smaller pieces of electronics supporting wireless charging capabilities