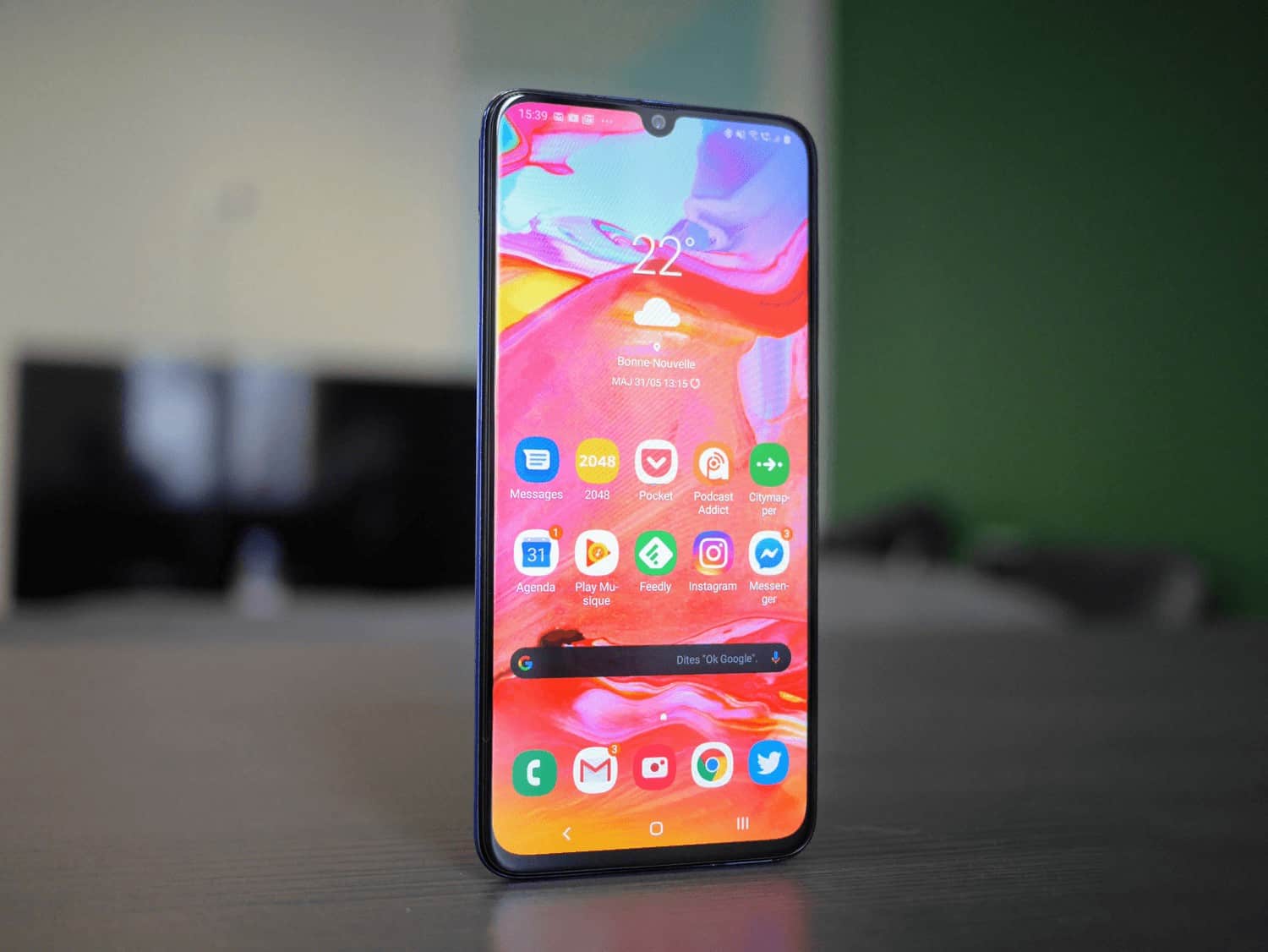 Comprehensive Review For Samsung Galaxy A70

Samsung has recently launched its latest phones in the new Galaxy A series, which lies in the middle range class, to enhance the competition in the smartphones market, especially under the control of some competing brands – like Huawei, Honor, and Oppo – On this class of phones

The Samsung Galaxy A70 comes with a unique design, big screen, a strong octa-core processor, a triple rear camera that supports a lot of features, and a big battery. 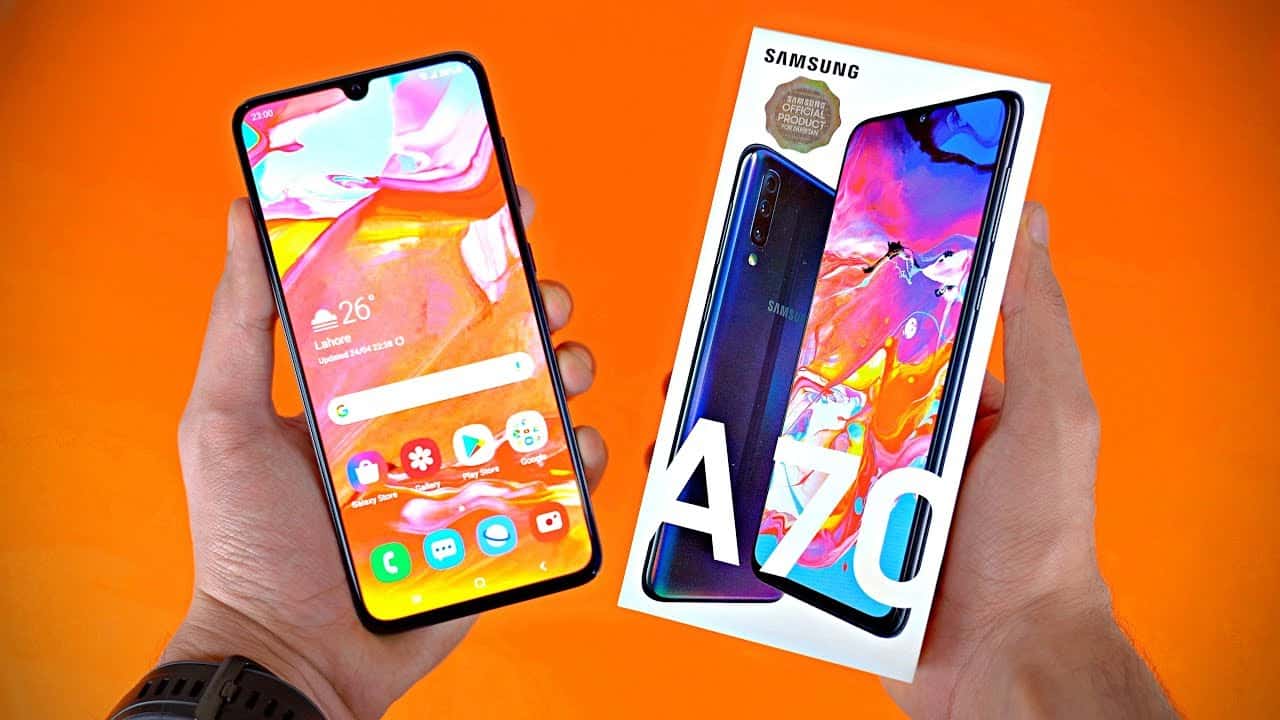 The screen occupies most of the front with minimal edges, with the existence of small circular notch that contains the front camera, above it lies the phone calls speaker.

Also, the power and volume level buttons are on the right side in an easily accessible position, while the SIM card port is at the top of the left side, and on the back is a triple vertical camera.

The phone supports the traditional 3.5 mm headphone port and depends on the USB-C port for charging, it will be available in four colors: black, blue, coral and white.

The phone comes with a Super AMOLED Infinity-U screen with a size of 6.7 inches, and a resolution of 2400 × 1080 pixels, and a density of 393 pixels per inch, this screen provides an excellent viewing experience for a phone from the middle class, and there is a fingerprint sensor built-in.

The camera app on the phone offers many features of artificial intelligence, beauty mode and the Live Focus mode from Samsung, which is similar to portrait mode in other phones.

The rear camera can record 4K videos at 30 frames per second as it features EIS – Electronic Image Stabilization – which provides stability for your videos, and if you want to record in more frames per second, you will have to switch to 1080p

The phone comes with a 32-megapixel front-facing single-lens camera and F2.0 aperture, with support for Scene Optimizer, which depends on artificial intelligence to identify more than 20 scenes, and then automatically adjusts the camera settings to capture the best scene. It also supports HDR and lets you record 1080p video.

The Galaxy A70 is powered by a Qualcomm Snapdragon 675 octa-core processor, with a frequency of 2.0GHz, and it was based on the 11nm manufacturing technology. This processor also supports the Adreno 612 Graphics Processing Unit.

The Galaxy A70 is powered by Android 9 Pi which is based on One UI user interface made by Samsung, with Bixby voice assistant support, and Samsung Pay service.

The phone is powered by a 4500mA/h battery, which supports fast charging with 25 watts capacity.

The phone is available for pre-booking on the Samsung website starting from $ 418 and is available in four different colors, including blue, white, black, and coral.