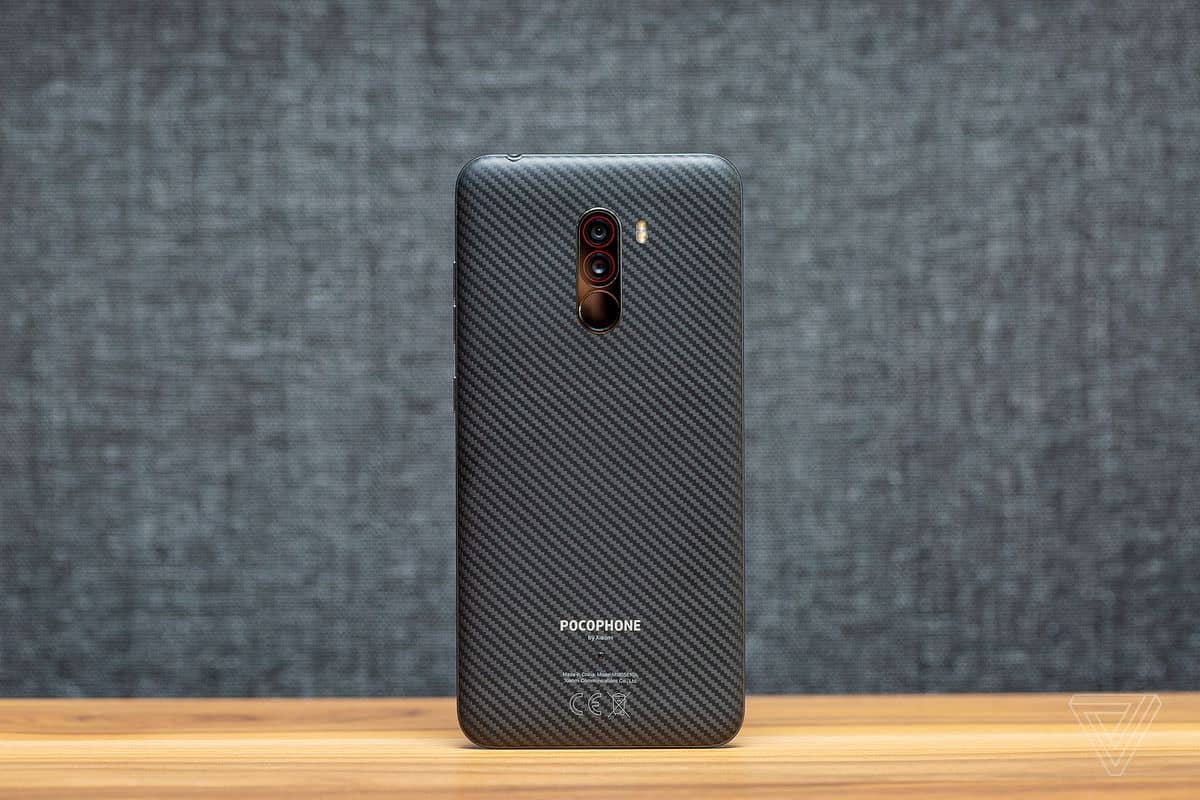 About 4 years ago, a new company appeared in the technical world named “OnePlus”. At that time, there was a big fuss about this new company and its first phone OnePlus One. For just USD$ 300, the phone offered specifications and performance that competed with high category phones of the time, which cost more than twice its price. However, we seem to be facing a similar new situation: the phone Xiaomi Pocophone (Xiaomi Pocofone / Pocophone / Poco F1) promises the same performance of the high category phones, for $ 300 as well.

Currently, this phone is the cheapest option that can be considered a high category phone. With Apple and Samsung phones reaching or exceeding $ 1,000, a phone with this specification seems to be a very good option. However, this very low price does not come without sacrifices. Although the phone belongs to the highest category in terms of processor and performance, it is not on the same level of expensive phones in reality.

In this article, we will review the specifications of the new Xiaomi Pocophone, and talk about them in detail. Although it seems like an ideal choice if you want to try out the high category phones with a low price, it isn’t quite close to what you can get from the expensive high category phones.

The design of Xiaomi Pocophone: probably the main flaw 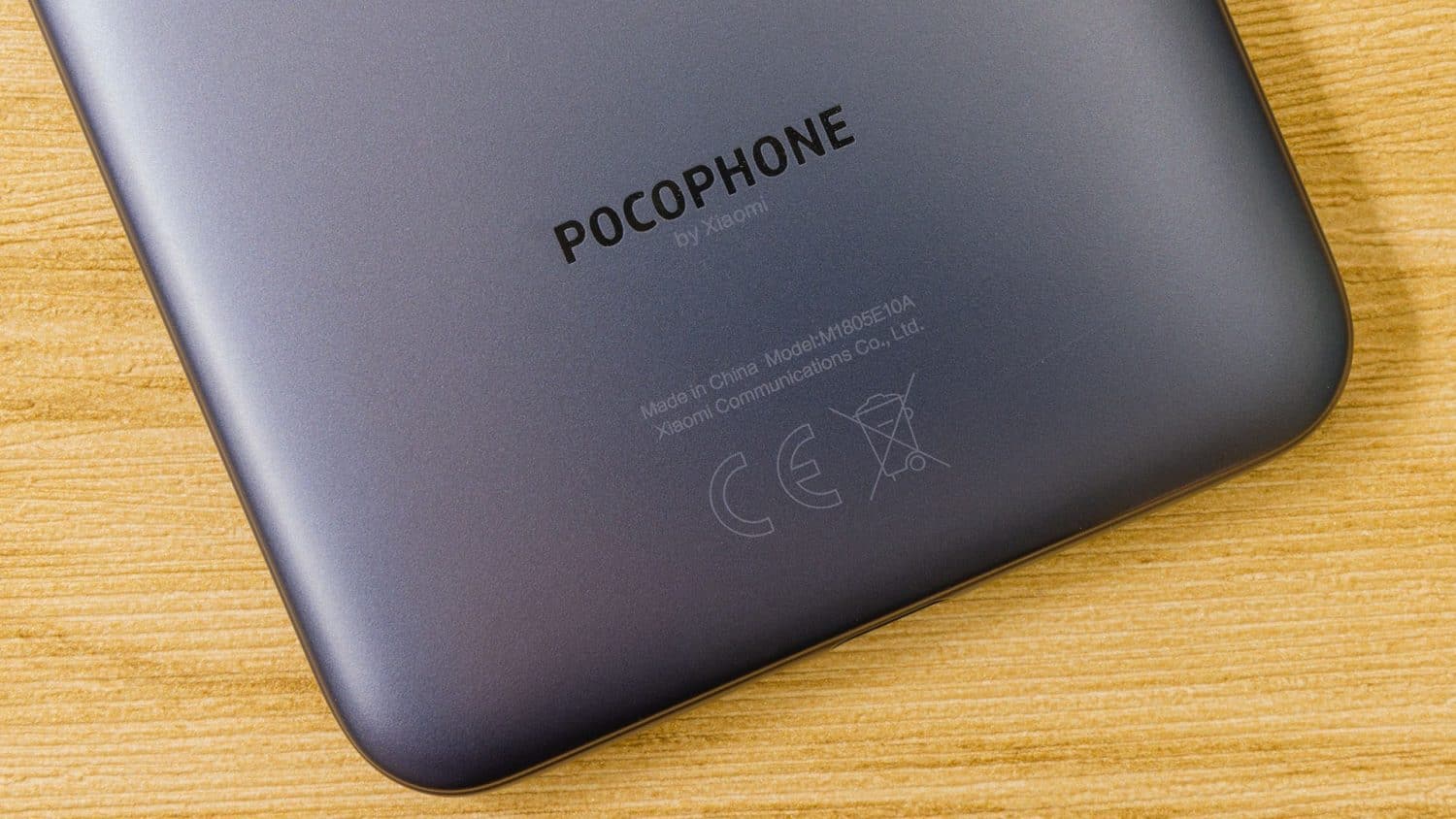 In case you want to buy a smartphone from the high or mid category today, it is expected that the phone comes in a metal or glass design, as the metal design is definitely stronger and more solid with regards to resisting hits. Moreover, the internal glass design allows for wireless charging and has a better look. However, the new Xiaomi phone does not have any of these two options; it has plastic in its back part, which makes its texture and looks as if it is one of the low category phones.

In general, the external look of the phone is not really bad, even though it contains some other flaws. Although it’s common to have edges and notches in the upper part of the screen, it is still considered an annoying feature, especially when the phone has a wide bottom edge. In phones like iPhone X, where the edges are very slim, it is logical to have these annoying notches, but when you have a huge bottom edge, a comment on the upper curves is necessary!

Anyway, the above is only a comparison of the phone with phones of the highest category. This is actually unfair when looking at the huge price difference. While the phone’s design remains unsatisfactory even within its price range, it’s really hard to complain about the design. As the phone offers a price disproportionate to its specifications, there will be parts that will definitely be sacrificed.

Xiaomi Pocophone display: Suitable for the price; still not perfect. 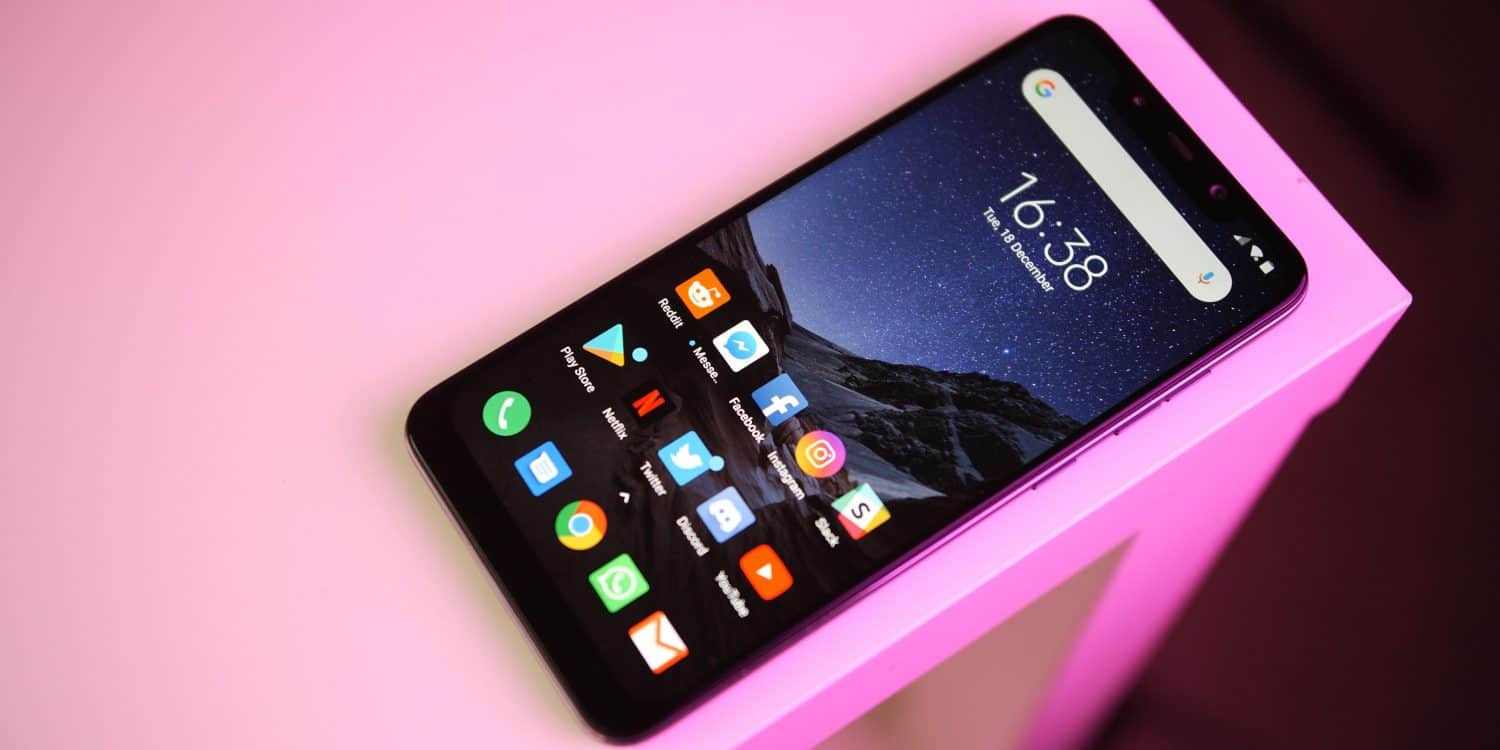 The phone offers a 6.18-inch screen, a resolution of 1080 x 2246 pixels, and works with the LCD technique. In fact, it is possible to blame the use of an LCD display with the bottom wide edge of the screen. Unlike OLED displays that can be curved with almost zero edges, this is different for LCDs. The wide bottom edge is mandatory in this case. In fact, the first phone with similar edges, Essential PH-1, had a wide bottom edge for the same reason.

However, the screen offers relatively good performance, resolution, and colors. But do not expect from it the same performance as OLED screens. The colors will be less vital, and the angles will be definitely narrower. This is expected because OLED displays are more expensive, and with the low price of this phone, no wonder it has an LCD Gorilla Glass 3, while now we already have Gorilla Glass 6.

Performance of Xiaomi Poccophone: Better than what the price can offer.

RAM: depends on the version, 6GB or 8GB

When thinking about a phone that costs $300 only, we might think that they sacrificed the processor, as cheap phones usually depend on low category Qualcomm or Mediatek which have a bad reputation. But this phone is totally different, as it uses Qualcomm Snapdragon 845, which puts it at the same level as current high category phones, because its processor is the best product of Qualcomm, and one of the best available options today.

Regarding memory and storage, things are not really surprising. Although the numbers are interesting even for a phone from a high category, these are common in Chinese companies as they usually focus on large sizes of memories, which does not always lead to the best performance, but the availability of 6GB and 8GB of RAM will definitely provide excellent performance.

The phone also supports Micro SD up to 256GB, which is not as common nowadays like it was before.

As with the vast majority of phones today, the Xiaomi Pocophone is definitely capable of taking good pictures. It is now very difficult to find a phone with a bad camera, but, of course, good pictures alone are not enough. The phone supports 4K video shooting and HDR technology and has a dual flashlight. The front camera is 20MP and takes excellent quality pictures compared to other phones.

As this phone is relatively cheap, there are undoubtedly some sacrifices in the camera. The aperture, for example, is relatively small: f / 1.9, as most phones today depend on larger apertures to improve performances in poor lighting conditions. The absence of an optical stabilizer of the video relatively restricts its quality, especially when moving or walking.

In conclusion, the phone can take excellent pictures (as many other phones today). But it won’t offer a similar experience as high category phones such as iPhone X, Galaxy S9, or Huawei P20, for example. But of course, complaining about the camera is not entirely logical, as the cheap price of the phone puts it in the lower middle category. As compared to this category, the camera performance is undoubtedly very good.

Battery of Xiaomi Pocophone: Sufficient and suitable for the screen size

Knowing that the battery is 4000 mAh, the battery is expected to be big as compared to other batteries now; we should also consider the huge screen and its LCD technique. Hence, although the battery is big and sufficient for a one-day use of moderate or intense use, it is not expected that it provides exceptional performance. So we should keep our hopes within what is expected from middle category phones.

Price and Availability of Xiaomi Pocophone.

Currently, the only market that has this phone in India. As it will be sold starting from $300 for 8GB RAM 64 GB of internal memory. While other versions will be a bit more expensive, the most expensive of which is 8GB RAM 256 GB internal storage for $430.

The current price of the phone seems very attractive and it is certainly so, but these prices are not final. They are converted from Indian market prices, hence global prices are expected to be relatively higher, but not much. In general, the phone will be released in India by the end of August 2018, and then it will reach “specific markets” that the company did not mention yet. Therefore, it will not necessarily reach all countries, but its sale policy will be determined later.