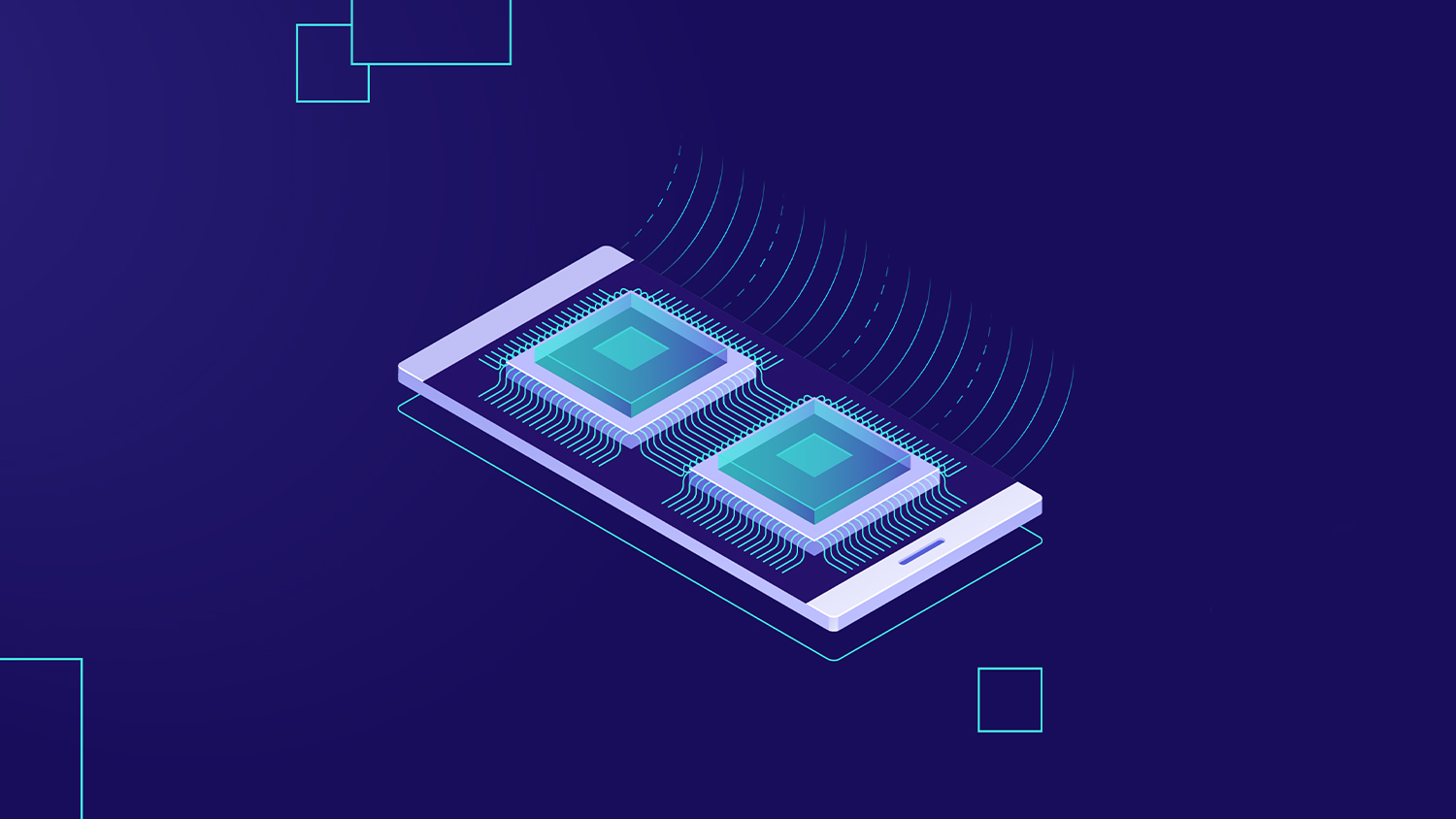 As iPhones continue to lead Android as well as other rivals – in terms of average internal storage capacity – across its entire range, this spec is not a crucial purchasing factor for Apple device users.

Reports show that iOS products only had a 4.1 percent increase in average storage capacities throughout 2020. This is much lower than the non-iOS growth rate of about 21.7 percent.

Compared to the average storage growth among most non-iOS devices, it led to the long-expected release of the 512GB Galaxy S20 Plus and 1TB Samsung Galaxy S10 Plus.

As Android manufacturers keep pushing the limits of smartphones’ internal storage capacities, Apple has settled chiefly on 512GB as its most significant high-water mark. This specific internal storage option just saw about 3 percent demand in Q4 2020. 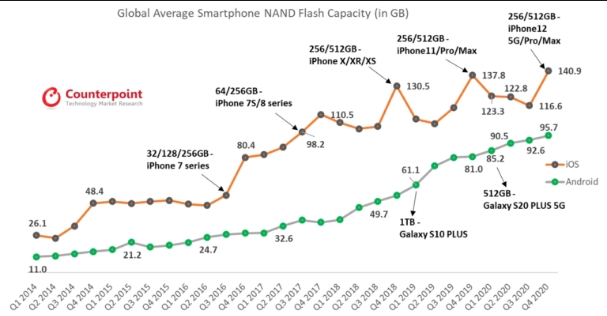 Nevertheless, the benchmark storage capacity for Android as well as other non-iOS devices keeps increasing steadily.

In Q4 2020, the overall proportion of Android devices with a minimum of 128GB internal storage grew up to 40 percent compared to 24.9 percent just a year before. 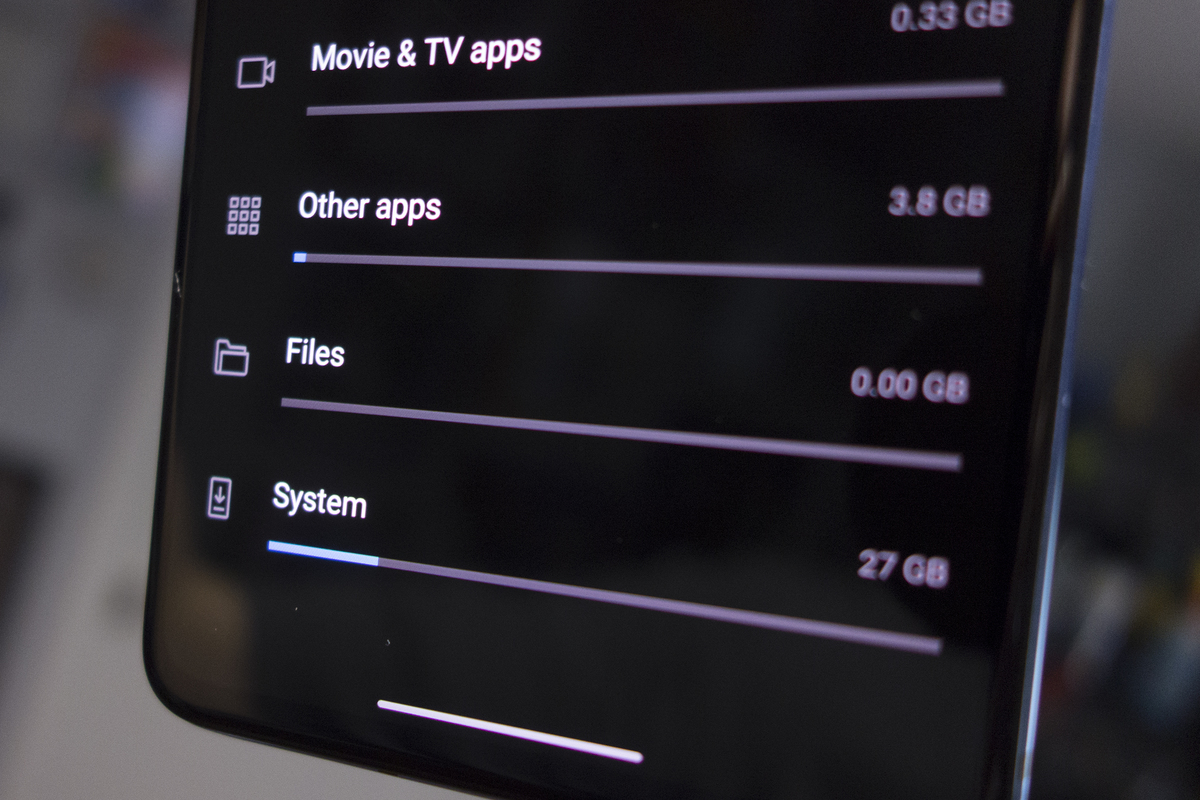 Smartphones with over 256GB of internal storage saw a significant or massive demand of about 9.3 percent in Q4 2020, which was slightly lower approximately a year before.

You can never really have too much storage capacity in your smartphone or any other tech product. NAND-based storage price may be decreasing steadily, while one should expect baseline storage figures to rise steadily.

It was then noticed that the overall share of sales of high-capacity models for iOS – i.e. 256GB and 512GB –did not even grow within the same period.

And as is nearly always the case, no one expects less of Apple as the iPhone’s average storage capacities appear to jump a bit after every new release.

The average capacity of most iOS devices has nearly reached 130GB, though many users of Apple devices agree that 128-256GB is high enough.

So, does your Android device have enough internal storage for your needs?