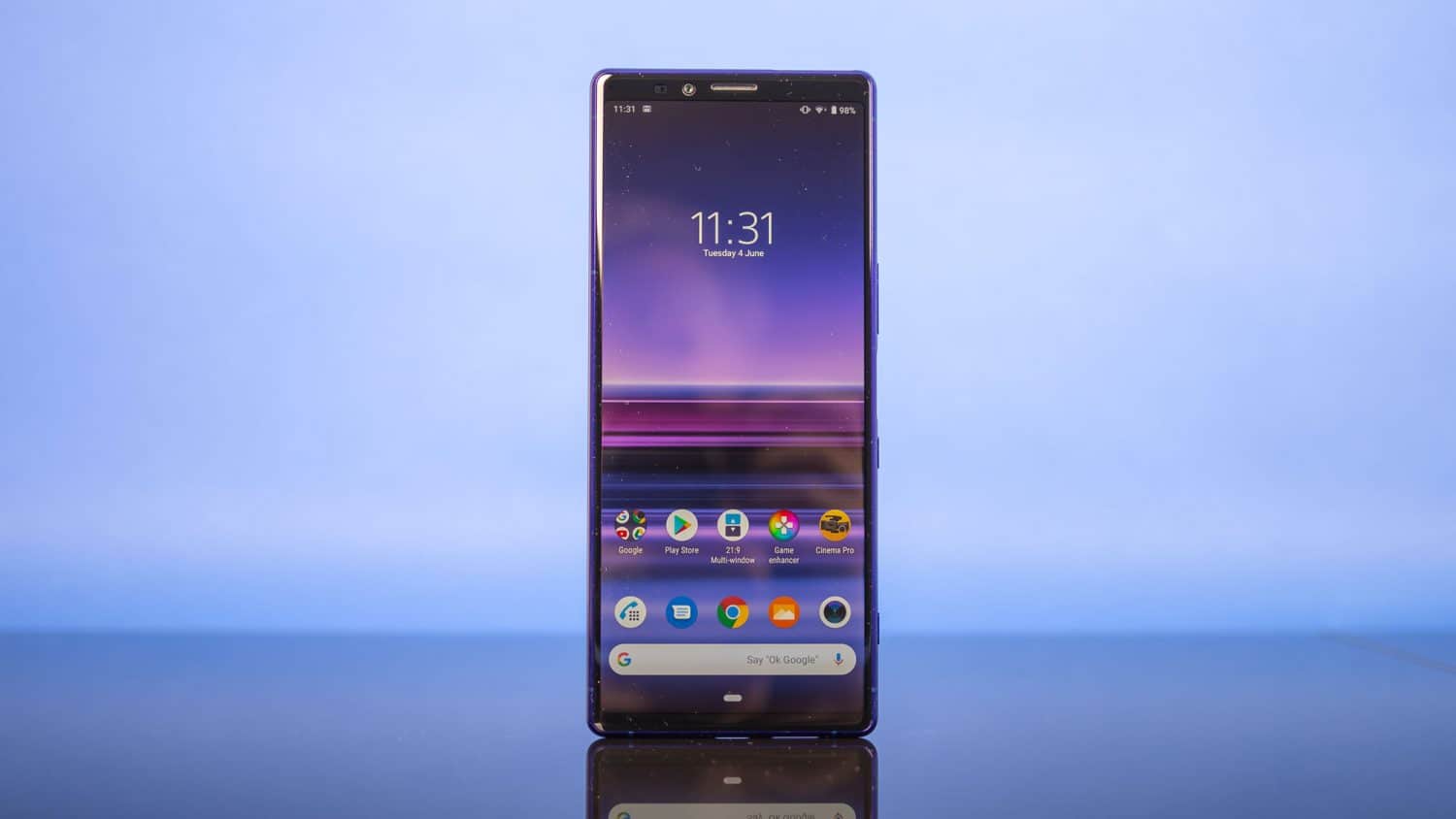 Sony Xperia 1 Review. Will Sony succeed in bringing Xperia back to the competition?

Once again, Sony has redesigned its smartphone lineup; Each Xperia phone from now on will have a 21:9 cinematic screen to give the users a great viewing experience.

Sony Xperia 1 still has its own charm, as it comes with a screen in the previous dimensions and a 4Kresolution and above all that, it’s of the OLED type. we will go into the full details about this device in addition to its pros and cons in this article. 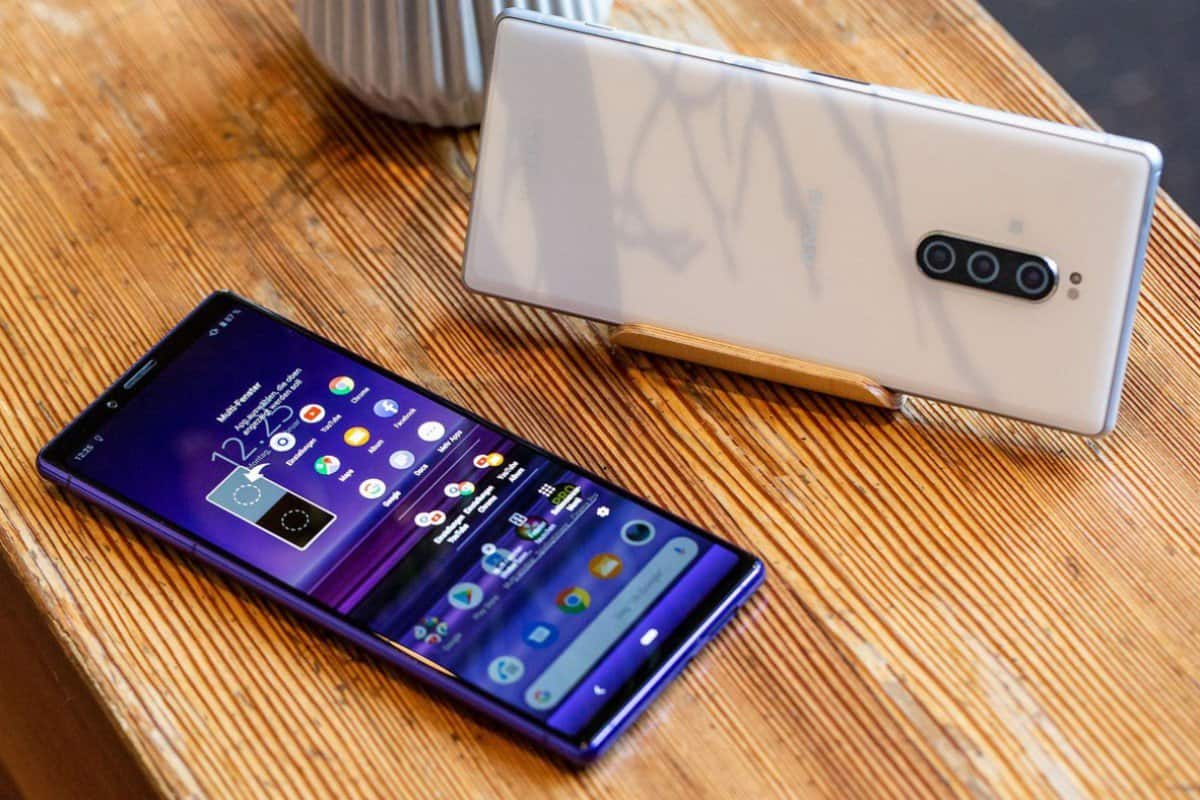 Xperia 1 design is a bit traditional with a top bezel that contains the selfie camera, sensors, notification light, and a very small bottom bezel.

The device measures 167x72x8.2mm and weighs 180 grams; compared to other phones in the same category, it is lighter by 20 grams. The front and back of the phone are protected by Gorilla Glass 6 surrounded by a metal frame. The device is dust and water-resistant with an IP68 rating.

On the bottom edge, you’ll find a USB-C port and a speaker to the right of it. Unfortunately, there is no 3.5mm headphone jack. On the right side, you’ll find the camera button and the fingerprint sensor integrated into the power button as well as the volume buttons.

In general, the design is elegant, combining glass and metal and the triple camera system on the back. Its relatively large dimensions, however, make the one-handed use a bit difficult. 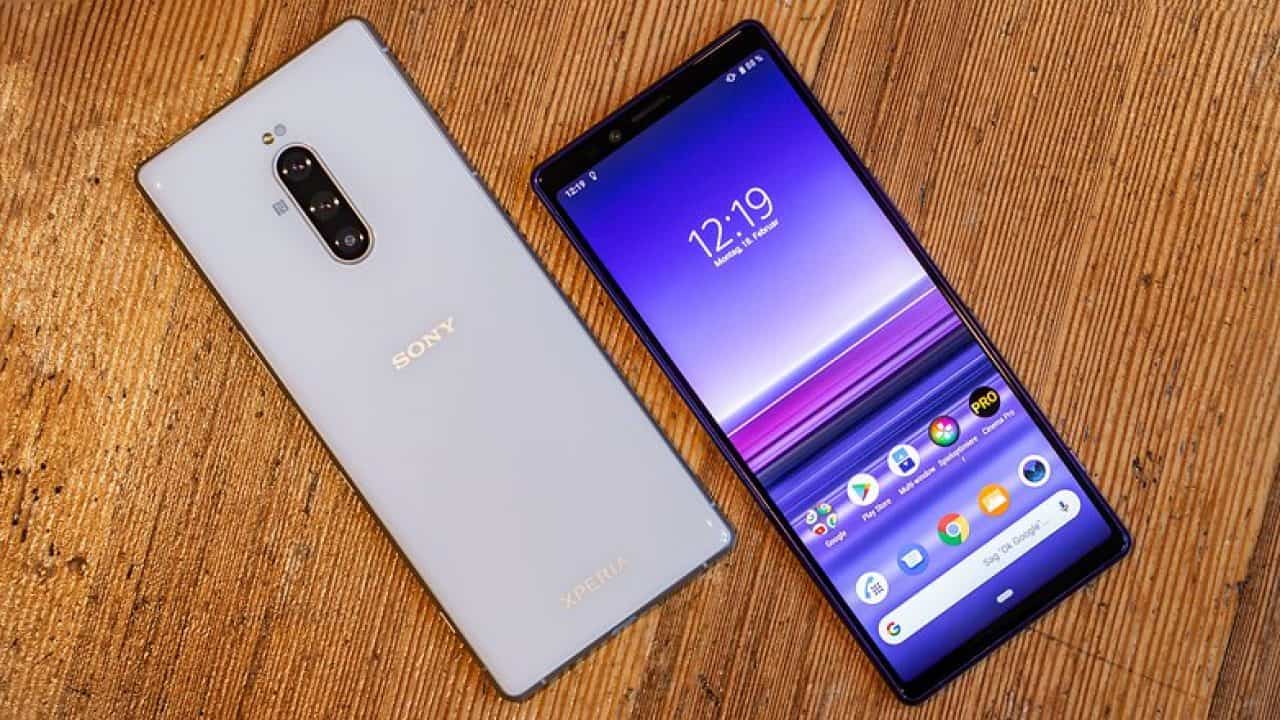 The device comes with a 6.5-inch OLED 4K display with a resolution of 1644×3840 pixels and a pixel density of 643 PPI, which is a high density that provides, with HDR technology, saturated and brilliant colors.

You can change the color balance according to your taste. As for the shape, it is rectangular with very simple rounded corners without a notch, a camera hole, or curves on the side.

Despite the large screen dimensions and high resolution, it has a very low brightness making it impossible to take pictures or use any of the phone features outside.

Sony provided the phone with a 3300mAh battery. Yet, with a screen of that size and resolution, Sony should have increased the battery capacity to be able to keep up with daily usage such as watching movies or playing games and taking pictures.

Read: The Most Played Games on Google Play 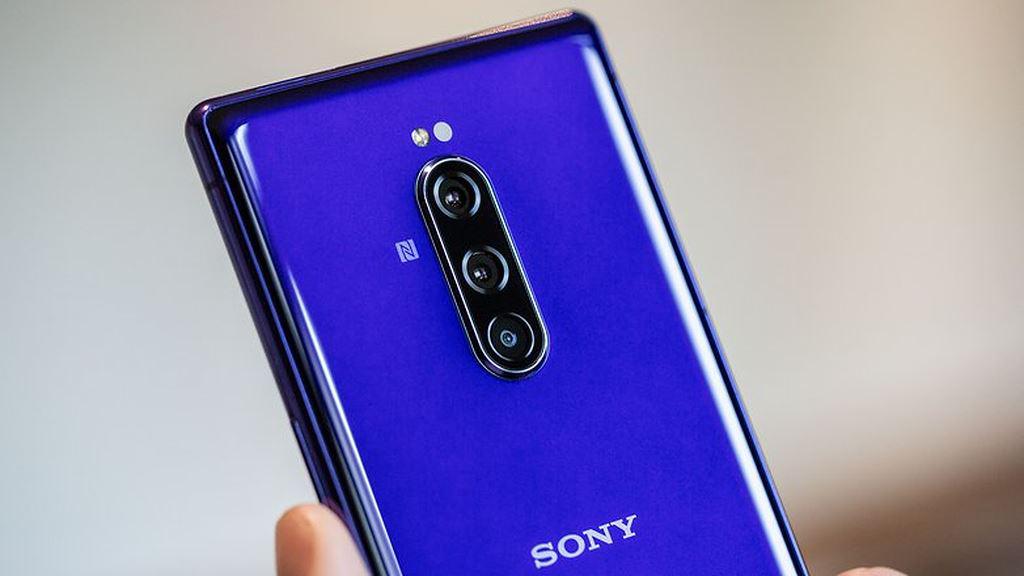 The Xperia 1 is the first smartphone from Sony to have triple rear cameras positioned underneath each other longitudinally in the middle of the top half of the back. However, they fall a bit behind the competitors in terms of image quality, which is good but not as good as expected.

The three cameras have 12-megapixel sensors, the main lens has f/1.6 aperture with OIS, the second is a 2x optical zoom and f/2.4 aperture and the third is an ultra-wide-angle with f/2.4 aperture.

The cameras produce good images in terms of detail and color depth, and the background of the close-up shots is well blurred, but they lack the night mode. Autofocus often failed to lock on the target. The selfie camera is an 8MP sensor with an aperture of f/2.0 and gives acceptable images.

As for the video, with Cinema Pro, you’ll be able to shoot cinematic videos in a 21:9 aspect ratio and 4K resolution with the ability to preset focus and aperture. Unfortunately, the optical stabilizer does not work as expected and there is no dedicated video editing app.

The Xperia 1 runs on Android 9 Pie which is slightly different from what was on the Xperia XZ3, with a “Swipe up on Home Button” feature that allows you to navigate the system using gestures similar to those on Google Pixel phones.

There are several security features, including fingerprint and face recognition as well. If you can’t use the phone with one hand, you can press the Home button twice to shrink the interface and bring it to the bottom of the phone to deal with applications more easily.

One interesting feature is the split-screen that allows you to use two apps at the same time, as well as the Dolby Atmos powered Video app to provide an amazing audio experience using the stereo speaker in addition to the music app that has all the required features.

The Xperia 1 has a Game Enhancer with two different modes; one provides a better gaming experience for the player and better performance and the other reduces the frame rate and other battery-saving settings as well as mutes notifications during playback.

Moving to performance, Xperia 1 is a flagship, powered by a 7nm Snapdragon 855 processor with eight Kryo 485 cores, one core runs at 2.84GHz, another three-run at 2.42GHz, and the final four run at 1.79GHz. Xperia 1 has Adreno 640 graphics. It is the best and latest of Qualcomm and is capable of running the most demanding games, with 6 GB of RAM and 128 GB of internal storage.

Combining the user interface with the powerful processor, Xperia 1 will have no problems running social media and system applications and switching between as well as running the latest most demanding games and will give the user a seamless performance experience.

If you want a 6.5-inch 21:9 screen, you can look at the Xperia 10 Plus instead of the Xperia 1, but you should give up some features as it has only two rear cameras and a mid-tear processor, but it costs half as much!

In case you want to spend $950 on a smartphone, you must take into consideration the Galaxy S10 Plus with its distinguished Super AMOLED screen, wireless charging, screen integrated fingerprint sensor and everything you need in a flagship.

The new ever so popular 21:9 aspect ratio

The powerful processor that provides amazing and fluid performance

The integrated video editing app is a new experience

Low brightness, you won’t be able to use the phone outside

Battery capacity is somewhat low for the specifications